I’m excited to share with you an exploration I tried with a group of toddlers. It’s inspired by Uri Schulevitz’s Rain Rain Rivers, other pipette explorations I’ve seen on Pinterest and celebrates The Carle’s exhibition Tall Tales and Short Tales: The Art of Uri Shulevitz open March 14 -  June 14, 2015. 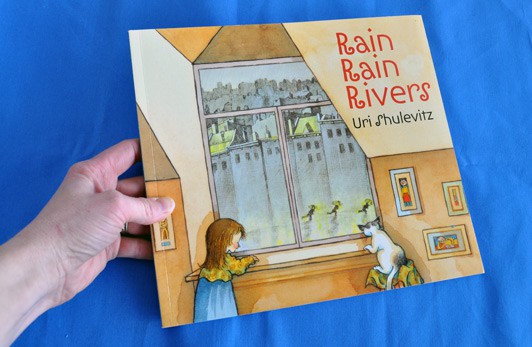 Painting with plastic pipettes or small droppers at an easel offers opportunities to learn about gravity and color theory through serendipitous mixing while also developing the finger muscles needed for an efficient pencil grasp.

Additionally, working on a vertical surface helps develop fine motor skills by exercising the muscles of the wrist. So, all of this, and it is lot fun, too! 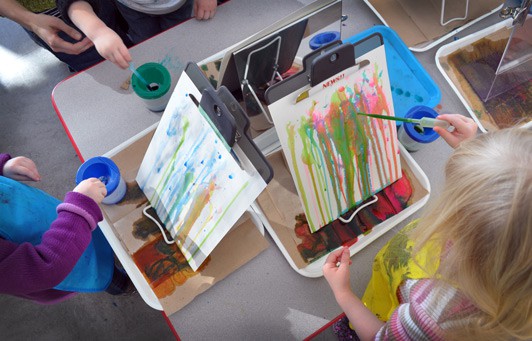 Before my toddler group arrived, I set up multiple vertical painting stations. Each station consisted of a DIY easel: either a clipboard on a wire book stand or a slanted acrylic sign holder with a clip, rested on top of a paper towel inside a shallow tray. We used watercolor paper, but a heavyweight drawing paper could work too. 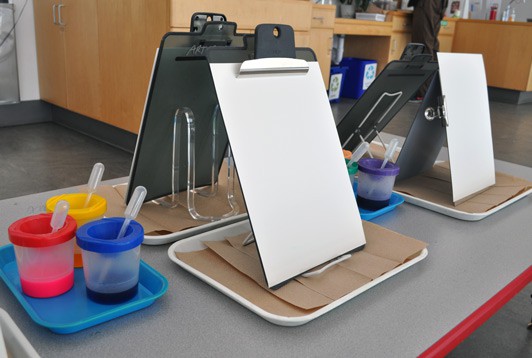 In between the easels, I set up small trays containing a few no-spill paint cups about one third full with diluted liquid watercolor paint. Watered-down tempera paint would work too. Food dye mixed with water is another option but it’s not washable so it’s my last choice. In each paint cup I placed one transparent plastic dropper. 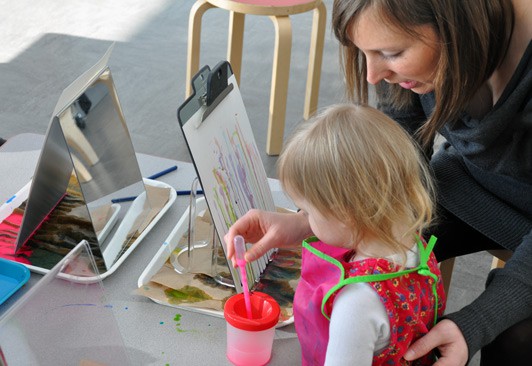 A few parents showed their children how to pinch and squeeze and then release the pipette in the paint to fill it with paint. For the most part, this group either already knew how to use them, or figured it out on their own or by watching their peers. 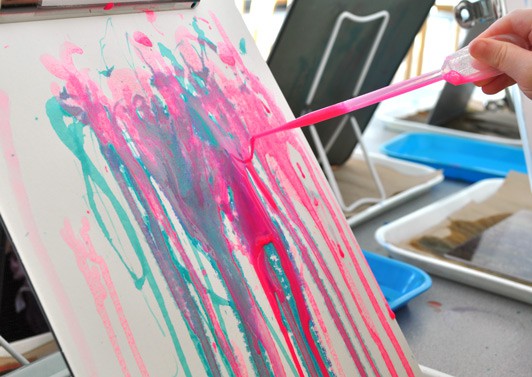 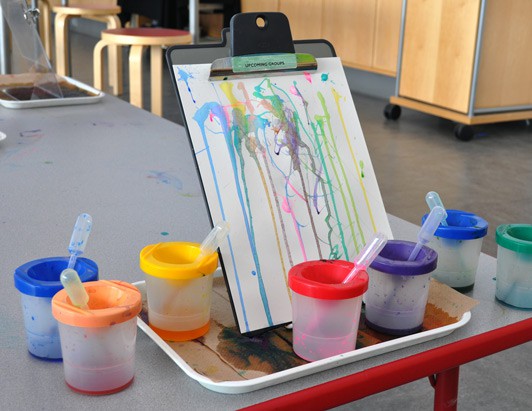 I’m not one to quickly label art making as a stress relieving pursuit, but honestly, try this yourself and you’ll be hooked. As I tried my own drip paintings, I became totally immersed in watching the colors mix and slide down my paper in unexpected ways.  I also did this exploration with a group of early childhood educators and they were deeply satisfied; conversing, wondering aloud, laughing, and quietly pondering as they worked. It was a privilege to witness!

I’m sure there are many other picture books besides Rain Rain Rivers that could inspire a similar dropper painting exploration. What books would you add to that list?

Making Art with Children is generously sponsored by the Massachusetts Educational Financing Authority. 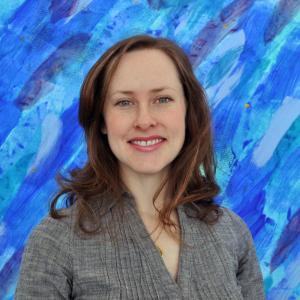