Recently, Fall Art Studio intern Susie Park designed a Special Sunday program for museum guests. She planned the event, prepared materials, and facilitated art making in the Art Studio. The following is her description of the project:

To encourage the practice of storytelling, we invited guests to create their own stories using stencils, watercolors, and the medium of a storyboard. A storyboard is a series of consecutive illustrations depicting the important changes of a scene or an action, used for outlining picture books, films, television, and other narrative forms. 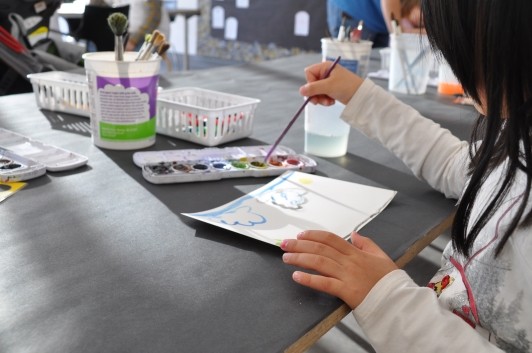 In preparation for this activity, special stencils were made. Animal stencils, such as elephants, turtles, and whales, were chosen along with stencils of background silhouettes and of various inanimate objects like houses and trees. Already existing stencils of geometric shapes, letters and numbers were also added. Additionally, blank pieces of cardstock paper and scissors were available for guests so that they could create their own stencils. 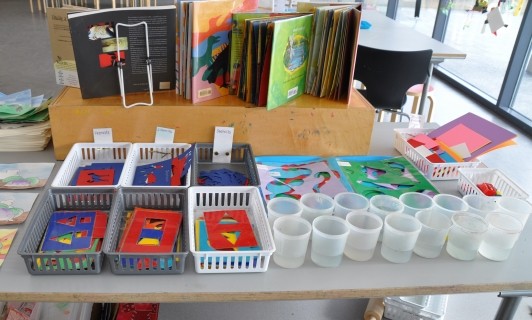 To begin, guests were encouraged to take two to three pieces of half-sized watercolor paper, a pencil, and some stencils. They were then instructed to draw the same backgrounds on each piece of watercolor paper, while moving their characters around from each sequential piece of paper to another to create their storyboards. A few examples were given, but we emphasized how this activity was open ended and could be experimented with. 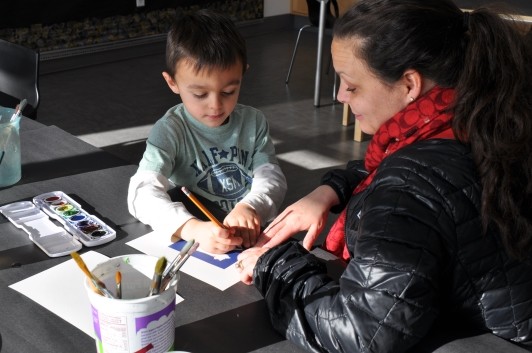 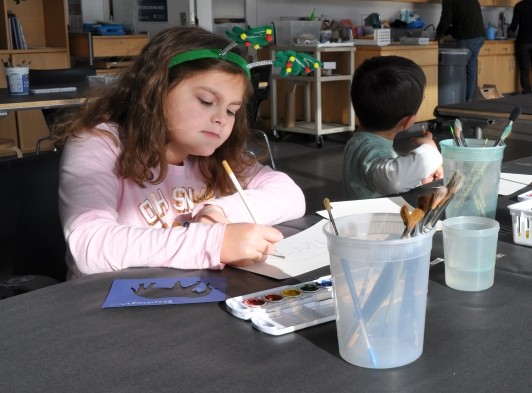 After the stenciling was finished, guests watercolored their storyboards. The guests seemed to enjoy this part of the activity the most. As we went around the tables to refill the water cups, we saw how guests loved watercoloring their creations. It was wonderful to see everyone’s enthusiasm for art! 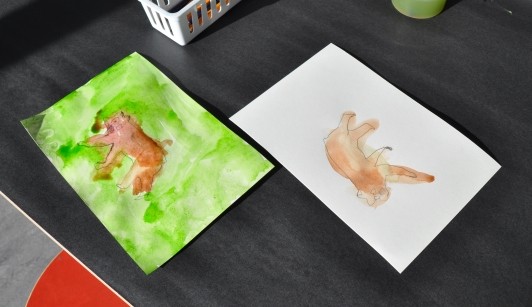 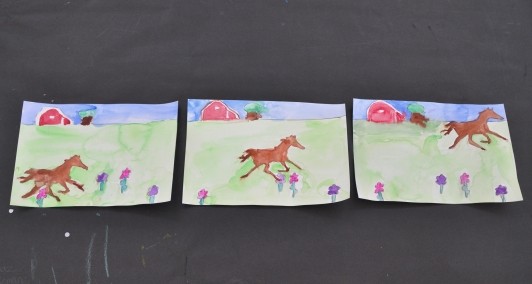 Some guests followed the given examples, but many decided to take other creative approaches. Consequently, many different kinds of storyboards were made, and it was great to see all the results. 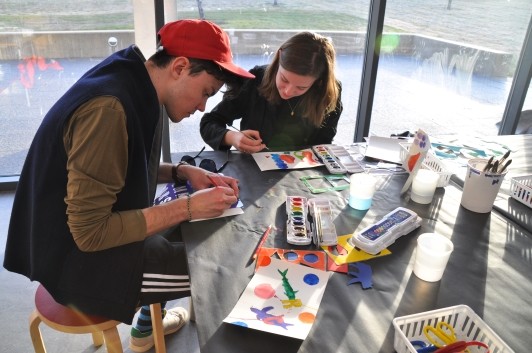 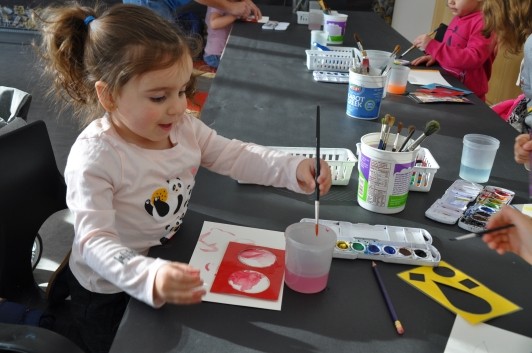