In “A Minor Retrospective,” Minor will look at his five decades in the publishing world, including his early career as a book cover designer and his transition to a children’s book illustrator and author of over 60 books. Barbara Elleman, who generously gifted her book collection to The Carle in 2003, notes, “When opening a Wendell Minor book, one finds illustrations that give depth to the characters, backgrounds that expand the tale, and wise and clever use of color or line that blend together magically to make a story.”

Wendell Minor celebrates five decades in the publishing world. Early in his career, he was a book cover designer, creating iconic covers for noted authors David McCullough and Pat Conroy, among many others. He then transitioned to an award-winning children’s book illustrator and author of more than 60 books.

His work has been exhibited in various museums and galleries throughout the country. Visit Wendell Minor at: www.minorart.com and on Facebook.

Established in 2003, the BERL is a non-circulating research collection of more than 1,500 volumes of professional resources and children’s books devoted to the study of children’s literature and the visual arts. The library is named for former Museum Trustee and Book Links magazine Founding Editor Barbara Elleman. Together with her late husband Don Elleman, she generously contributed the books that form the core of the collection and the support for its home within the Museum.

The unique organization of the collection highlights areas of interest such as author and illustrator biographies, literary criticism, illustration studies, and more. It is ideally suited for students, teachers, librarians, and other professionals interested in the study and use of children’s literature and the visual arts. The Picture Book Archive contains more than 1500 picture books from prominent illustrators from the 1970s to the early 2000s as well as titles from the late 19th and early 20th centuries. In addition to being a resource for the public, the collection is often drawn upon for The Carle’s exhibitions and programming.

Barbara Elleman received her bachelor’s degree in Education from the University of Wisconsin-Oshkosh and her master’s degree in Library Science from the University of Denver. She worked as a school and public librarian before accepting a position in 1975 as a reviewer and editor for the American Library Association’s Booklist magazine. In 1990 she created and became editor-in-chief of Book Links. After leaving ALA in 1996, Elleman was named Distinguished Scholar of Children’s Literature at Marquette University in Milwaukee where she lectured and promoted the use of children’s books in the School of Education.

She has written books on Tomie dePaola, most recently The Worlds of Tomie dePaola: The Art and Stories of the Legendary Artist and Author (2021), as well as Virginia Lee Burton A Life in Art (2002). Elleman also guest curated, in 2009, two highly acclaimed exhibitions of original work by Virginia Lee Burton and Tomie dePaola. During her career, Elleman was particularly attracted to the art of the picture book. Her collection reflects that interest, with books about the illustrated book as well as picture books themselves.

The Eric Carle Museum of Picture Book Art is the international champion for picture books. We collect, preserve, and exhibit original illustrations, encourage guests of all ages to read and create art, and foster an ever-growing audience passionate about children’s literature.

The late Eric and Barbara Carle co-founded the Museum in November 2002. Carle was the renowned author and illustrator of more than 70 books, including the 1969 classic The Very Hungry Caterpillar. Since opening, the 43,000-square foot facility has served more than 750,000 visitors, including 50,000 schoolchildren. The Carle houses more than 11,000 objects, including 7,300 permanent collection illustrations. The Carle has three art galleries, an art studio, a theater, picture book and scholarly libraries, and educational programs for families, scholars, educators, and schoolchildren. Bobbie’s Meadow is an outdoor space that combines art and nature. Educational offerings include professional training for educators around the country and Master’s degree programs in children’s literature with Simmons University. 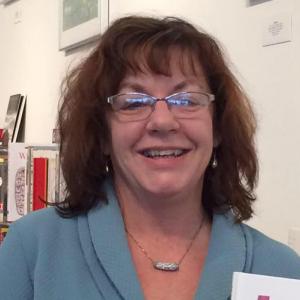