Brinton Turkle (1915–2003) grew up in Ohio, where he made visits to the art studio of his mother’s friend, Gertude Alice Kay, the famous Golden Age illustrator (also represented in the Museum’s collection). That experience proved a prophetic early art education. After working for a decade in advertising in New York City, Turkle submitted his first children’s book manuscript, Obadiah the Bold (1965), encouraged by his friend Ezra Jack Keats. Turkle went on to illustrate 81 more books, adeptly working in a variety of media. His stories and poetic imagery capture both the history and nuance of place and his deeply rooted Quaker values.

In 2016, The Carle presented the exhibition A Friend Among Us: The Art of Brinton Turkle, which featured eight picture books Turkle wrote and illustrated, including his 1970 Caldecott Honor title Thy Friend, Obadiah. Turkle’s three children generously donated their father’s work to the Museum.

Turkle set his four Obadiah stories on the island of Nantucket in the year 1805 (he had been enchanted by the island’s shingled houses and cobblestone streets during a weekend visit). Nantucket was home to a large Quaker community in the 18th century. Turkle, too, was a member of the Religious Society of Friends. 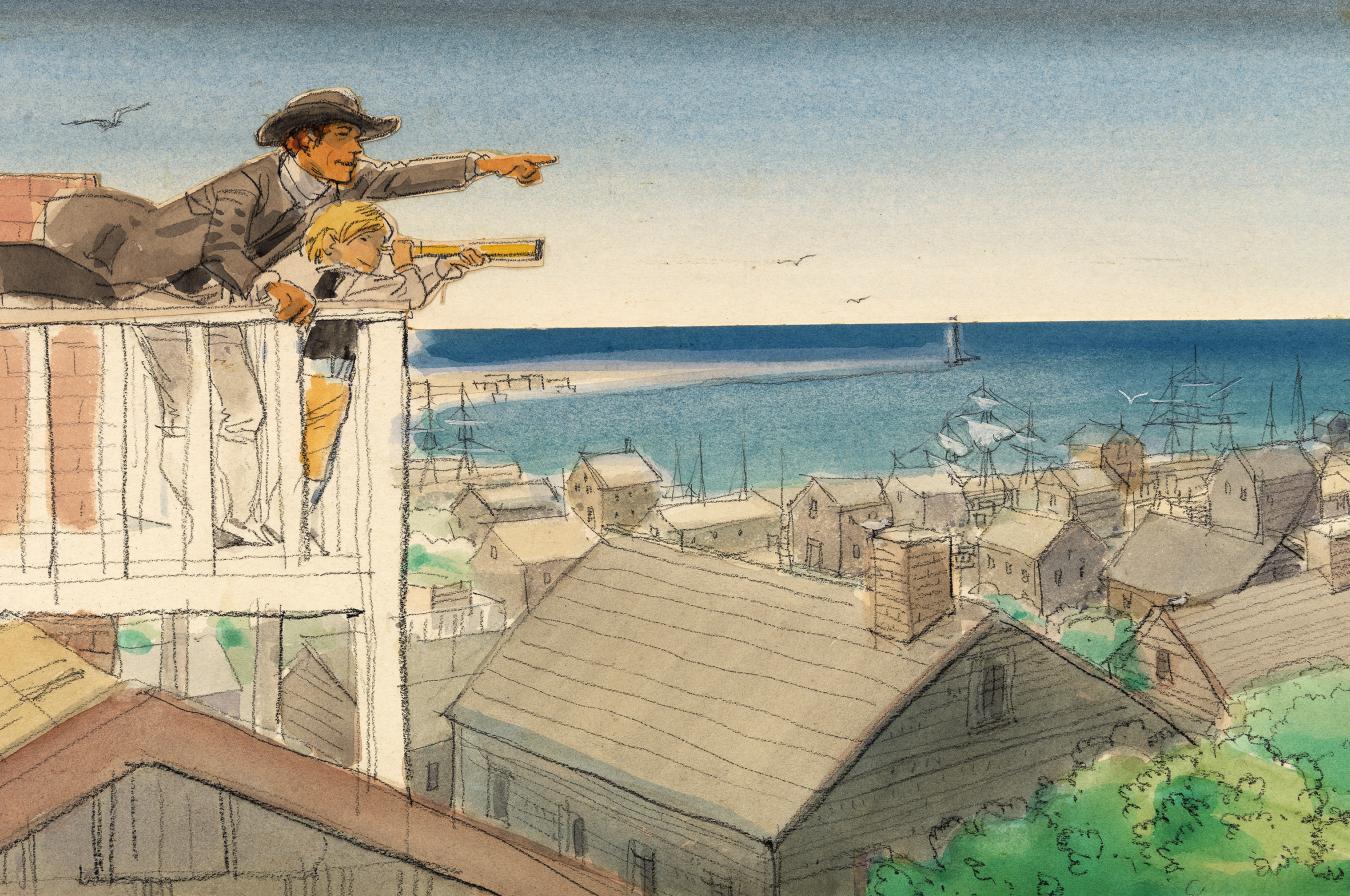 A familiar feature of Nantucket architecture is the widow’s walk, a platform built atop a roof to provide open views to the sea. In this scene, Father shares stories about Obadiah’s grandfather, a brave mariner who sailed around Cape Horn four times. 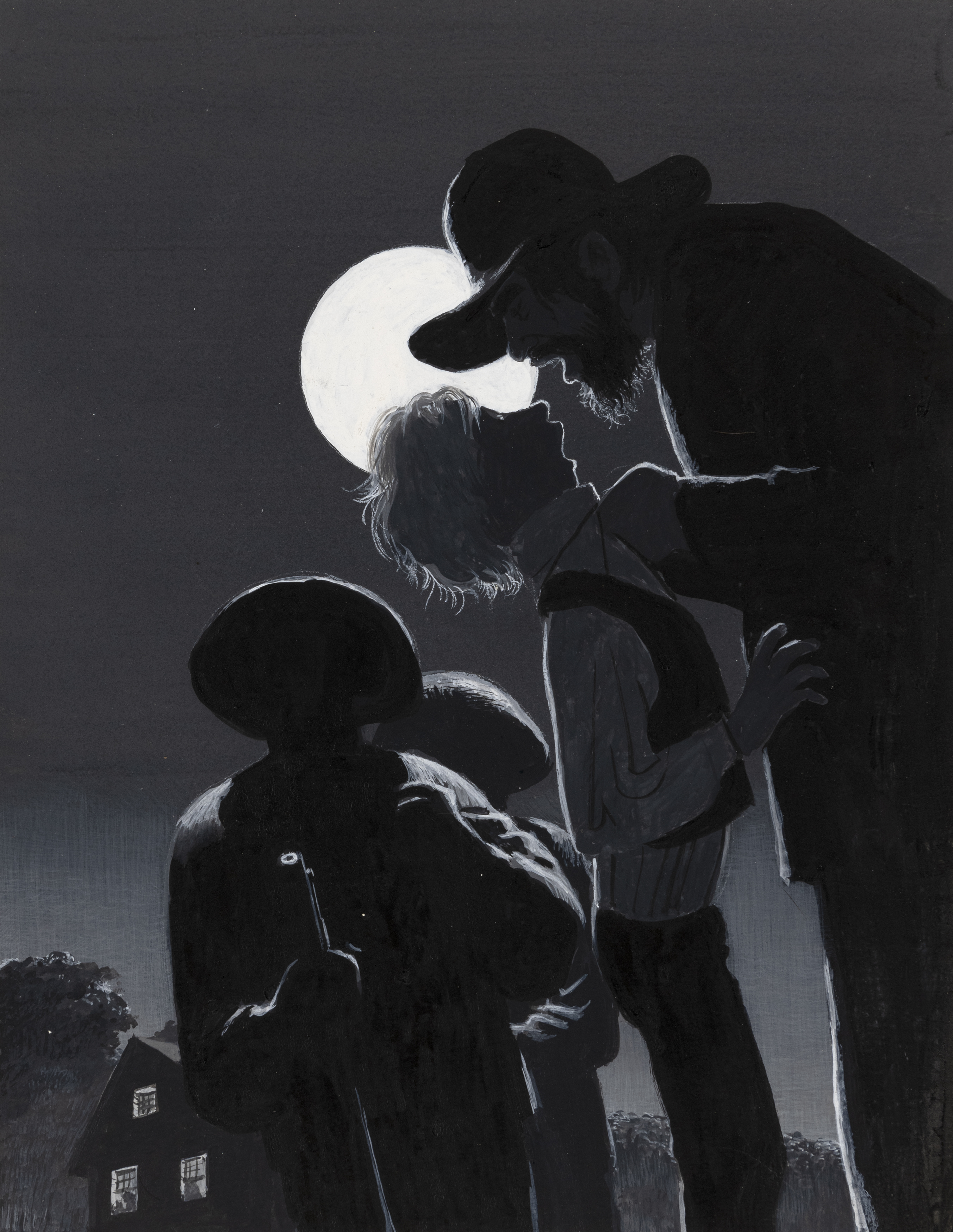 Turkle joked that The Fiddler of High Lonesome is probably the only book in history where the artist fought to have it printed in black and white rather than color. He wanted the artwork to match the story’s “dark” mood.

Thy Friend Obadiah is a charming tale about Obadiah and a seagull who befriends him, much to the boy’s dismay. The story was inspired by an incident Turkle witnessed during a visit to Nantucket: a seagull with a fisherman’s bobber wound around its beak. Unable to help, Turkle was long distressed about the bird’s plight; in the story, Obadiah comes to the rescue.

Turkle employs a low perspective to dramatic effect: glowing light from an unseen fire bathes the scene in golden hues and casts long shadows across the room. Turkle was awarded a Caldecott Honor for his sensitive watercolors in Thy Friend Obadiah.