The little figures in my works are offered merely as symbols of the universally beloved state called childhood.
Nura

Drawn from the remarkable holdings of Kendra and Allan Daniel, this exhibition re-establishes the long-forgotten but highly esteemed career of Nura Woodson Ulreich, known simply as Nura. The show explores the artist’s alluring and highly individualized interpretation of childhood. Nura’s modernist approach, acquired from her time in Paris in the 1920s, resulted in stylized images of children whom she portrayed with animals, books, and musical instruments, though rarely with an adult in sight. Nura’s figures are distinguished by their rounded forms, rosy cheeks, and wavy hair. She shows them in ethereal landscapes and indistinct interior settings. Her compositions capture an essence of childhood imbued with innocence and enigma. The Carle is pleased to re-introduce Nura after 70 years away from the public eye.

Curated by H. Nichols B. Clark 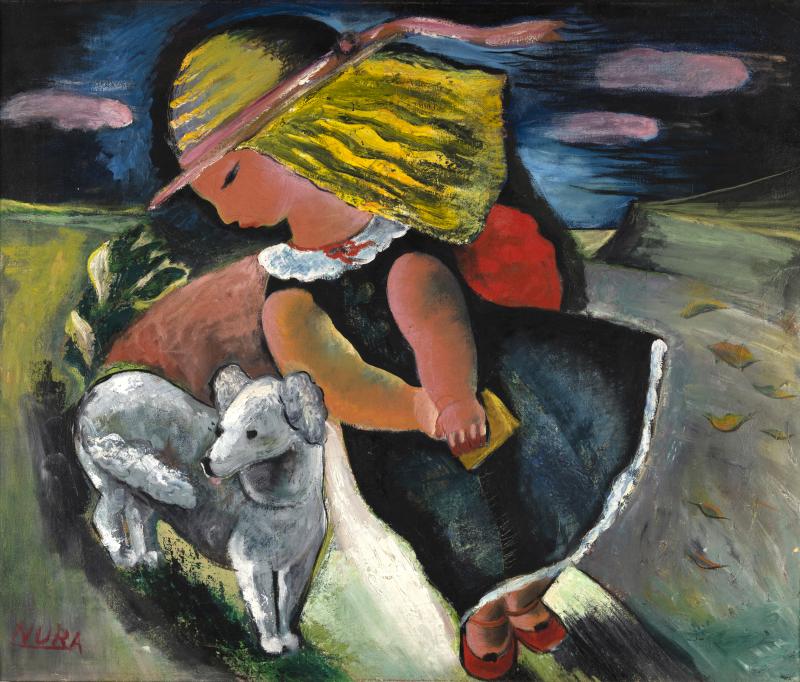 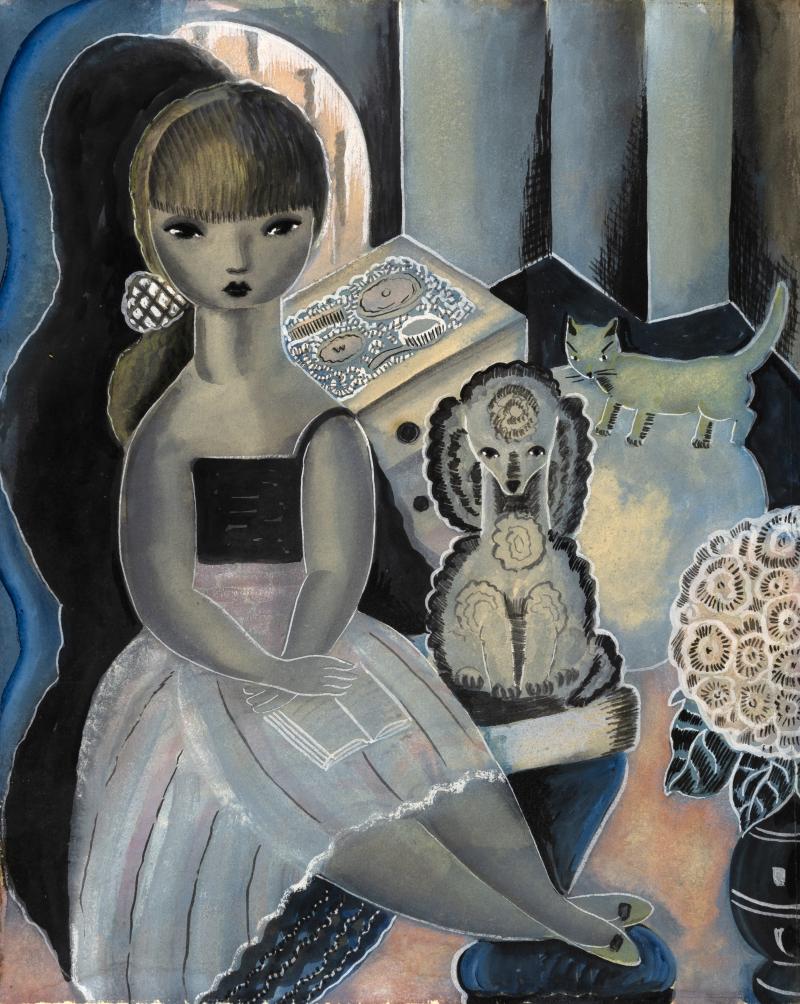 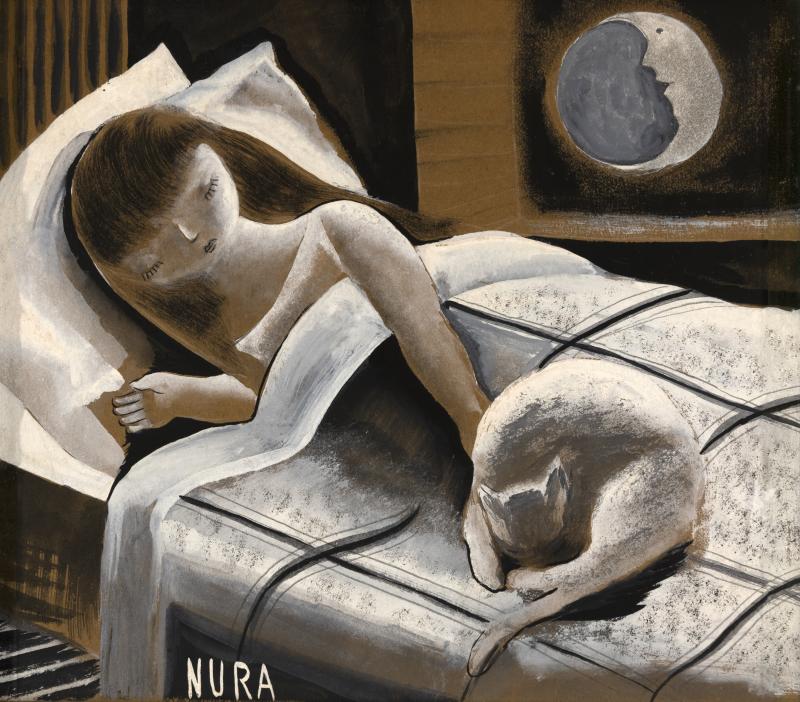 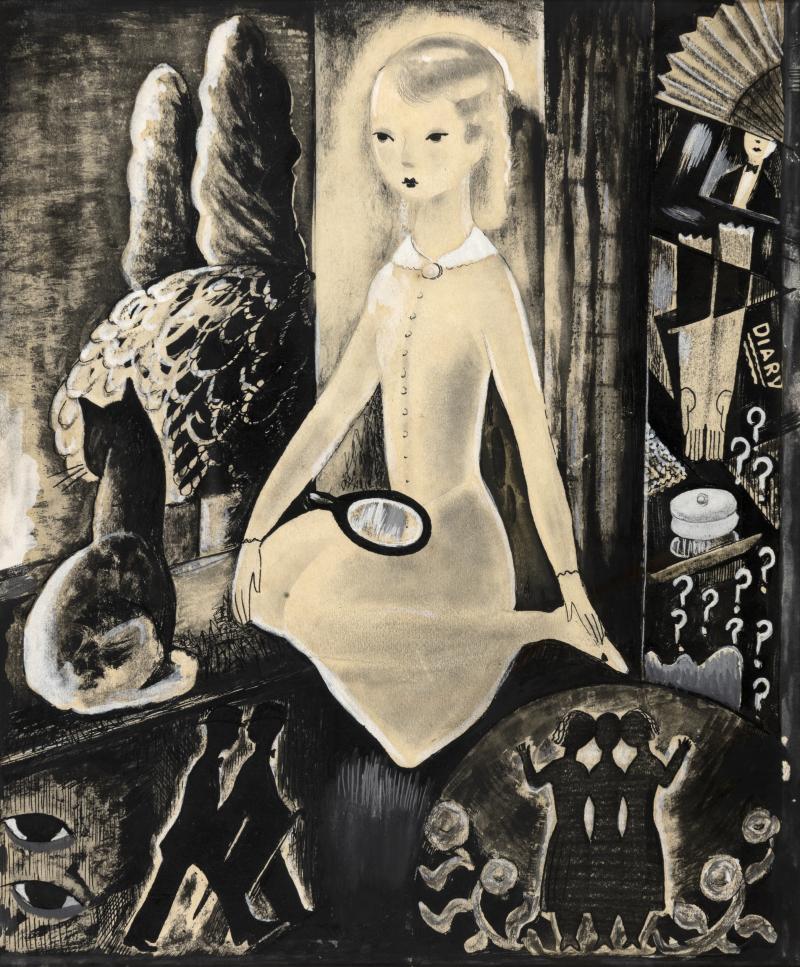 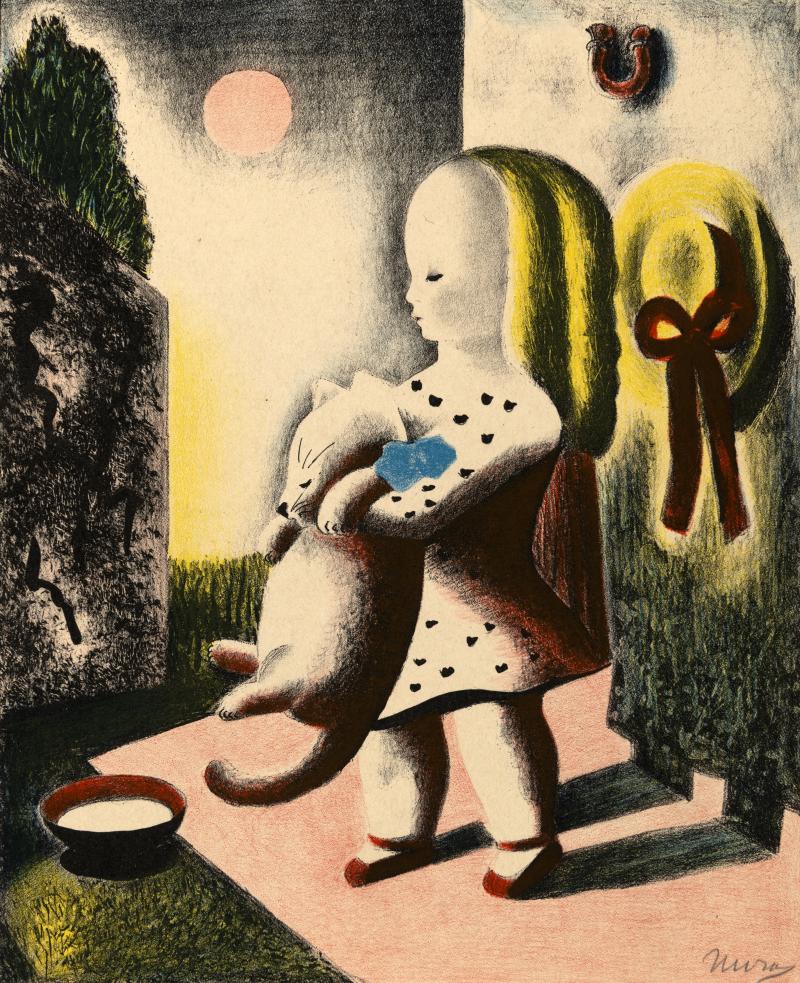 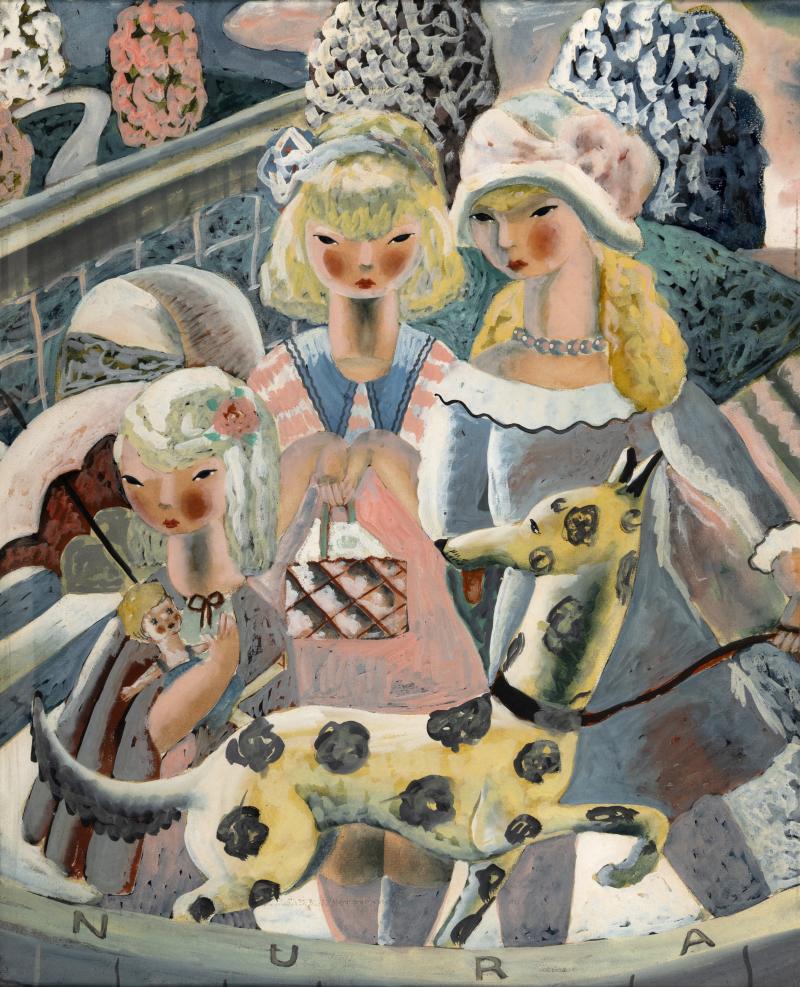 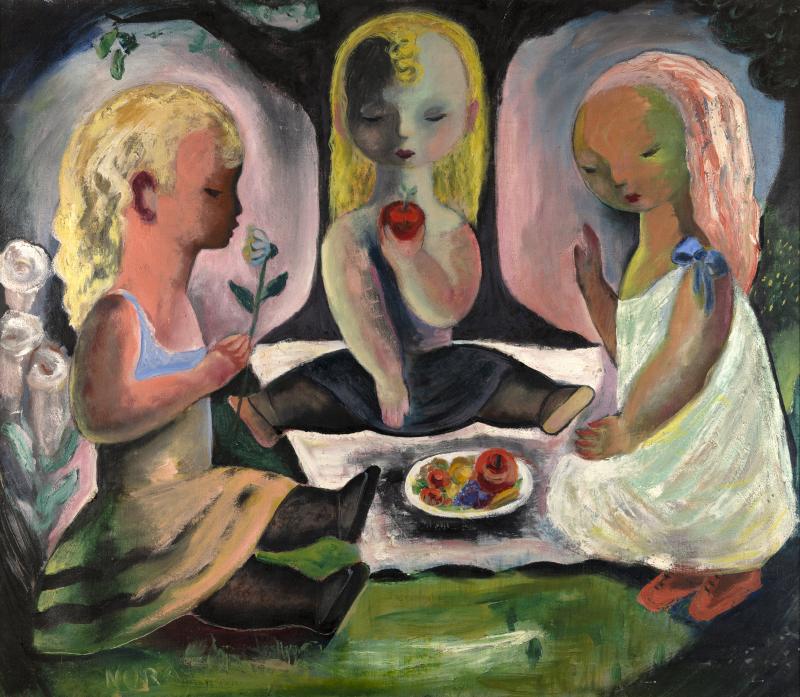 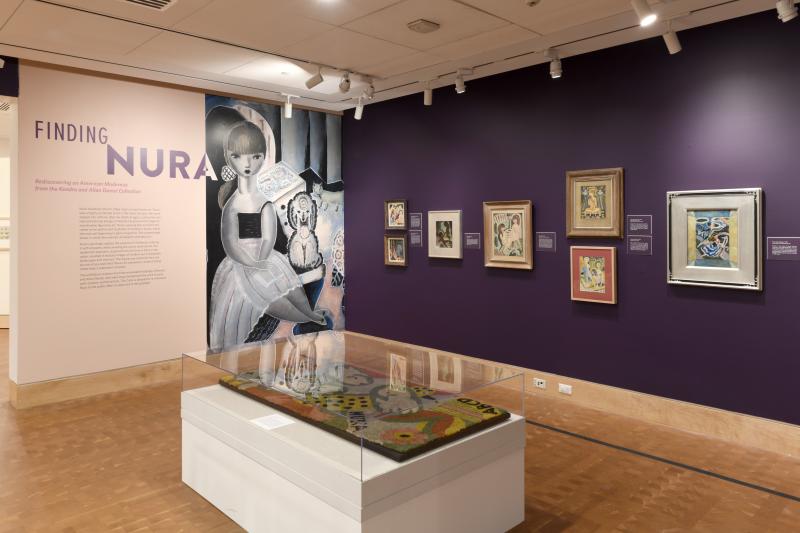 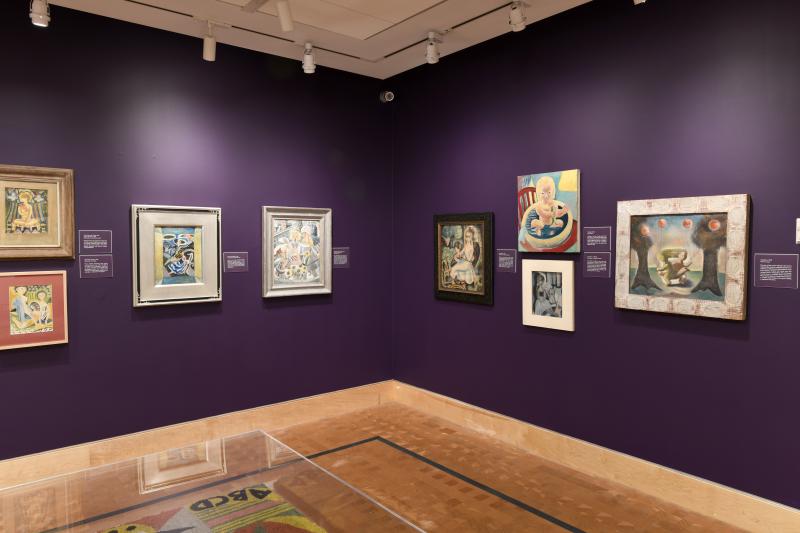 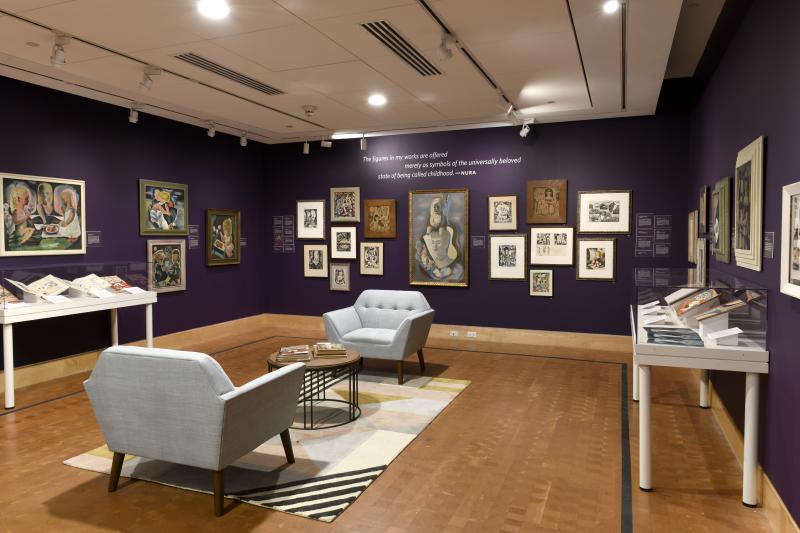 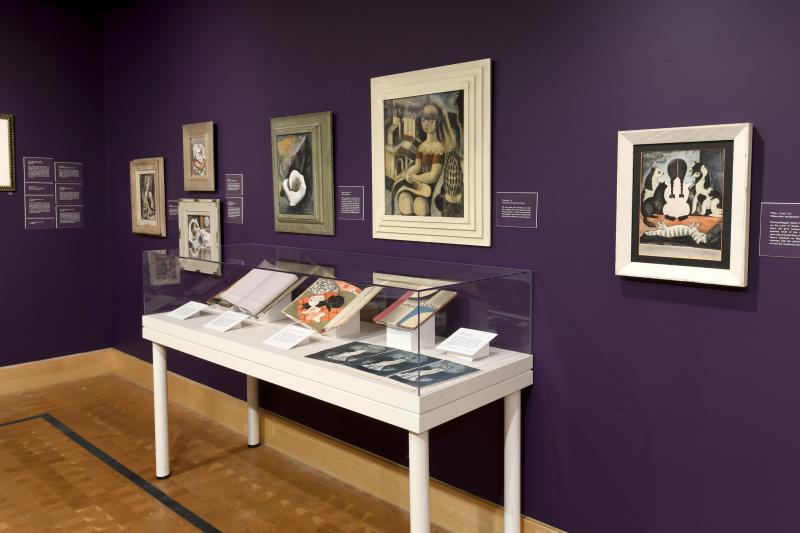 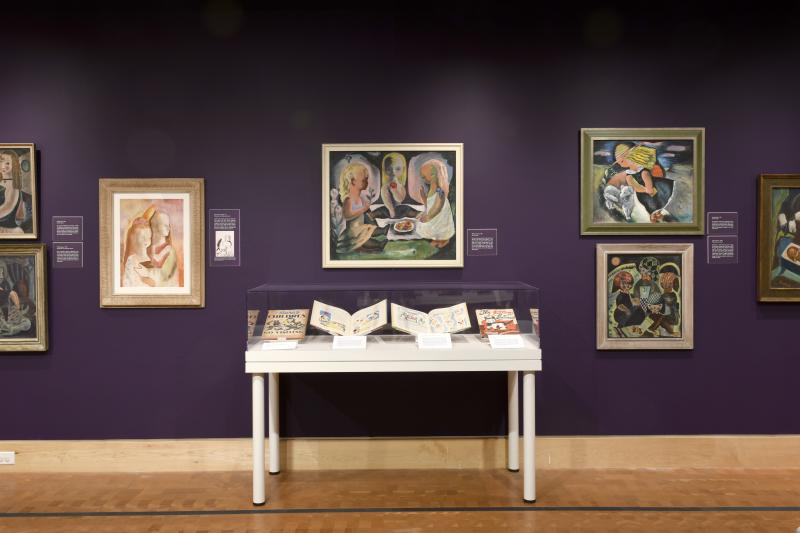 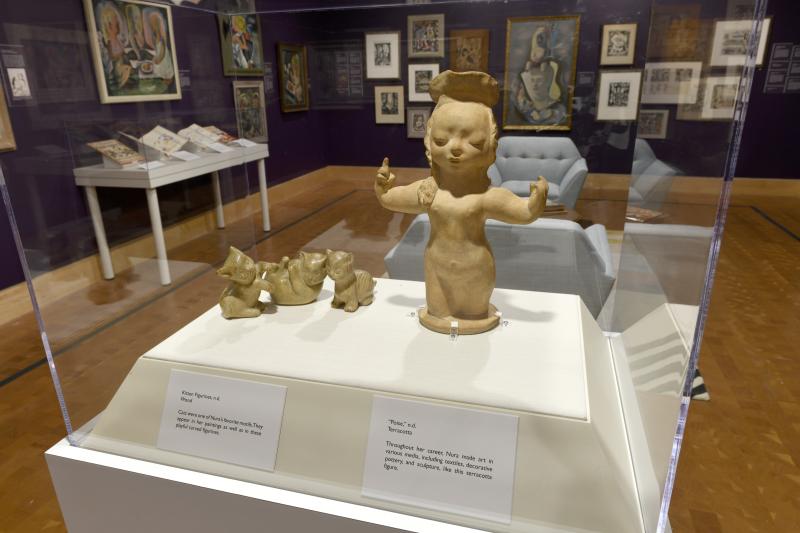 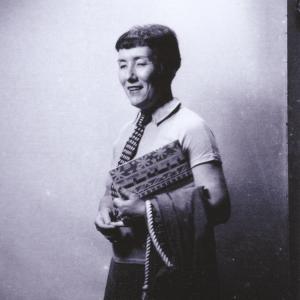 Nura Woodson Ulreich studied art in her native Kansas City, in New York at the Art Student’s League, and in Chicago, where she met her husband, the artist Edward Buk Ulreich. In the mid-1920s, the couple spent time in Vienna and Paris, absorbing modernist artistic styles. Subsequently they moved to New York, where both gained critical acclaim, placing work in major museums and private collections. Nura died at age 61 and, with the rise of Abstract Expressionism, quickly disappeared from the history books.

Nura and the Enigma of Childhood

An in-depth exploration of Nura’s life and art.
News & Press

Nura said, “The little figures in my works are offered merely as symbols of the universally beloved state called childhood.”
Event

Explore watercolors and wax crayons resist in the Art Studio.